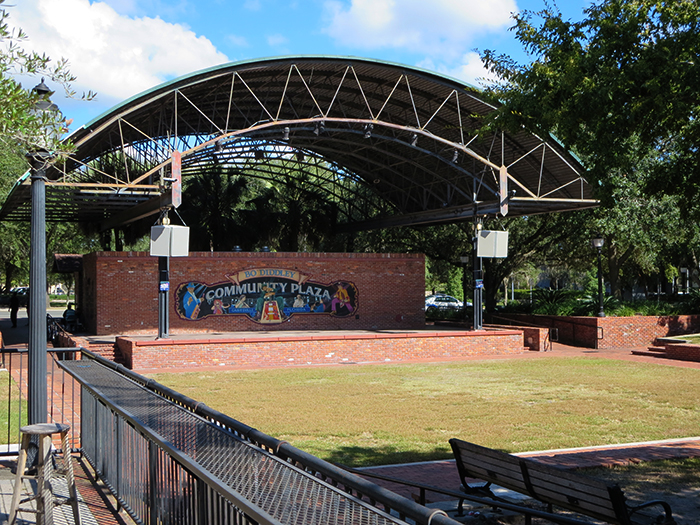 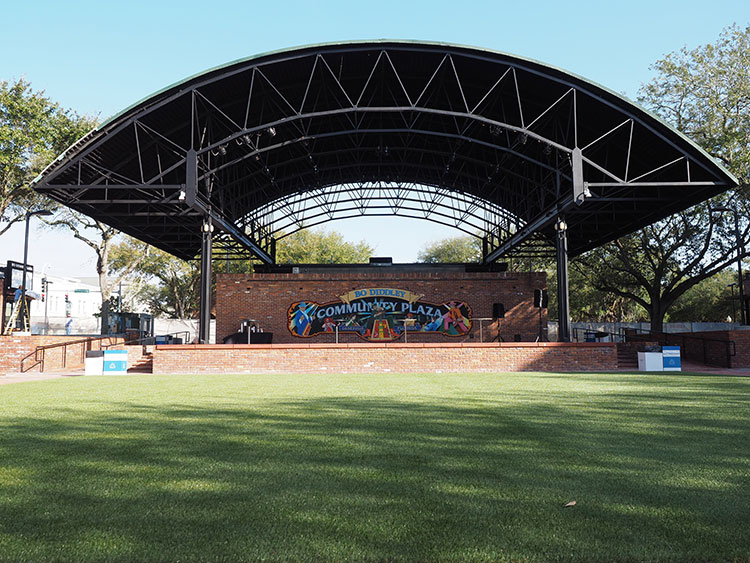 Bo Diddley Plaza reopened in March 2016 after a year-long renovation. The overarching goals of the design were to improve safety, visibility and accessibility on the Plaza and to increase its functionality and flexibility. The design includes three building additions to the North Side including a green room addition with a water wall feature addressing University Avenue, a café on the northeast corner and an information kiosk on the northwest corner. All improvements will assist in supporting events, increasing programming and helping activate the Plaza during times when it’s underutilized. Steamers Inc., began a five-year lease term for the historic Bethel Station restaurant in March 2015. Patticakes on the Plaza opened in the new cafe space in September of 2016.

Programming has tripled since the plaza reopened!