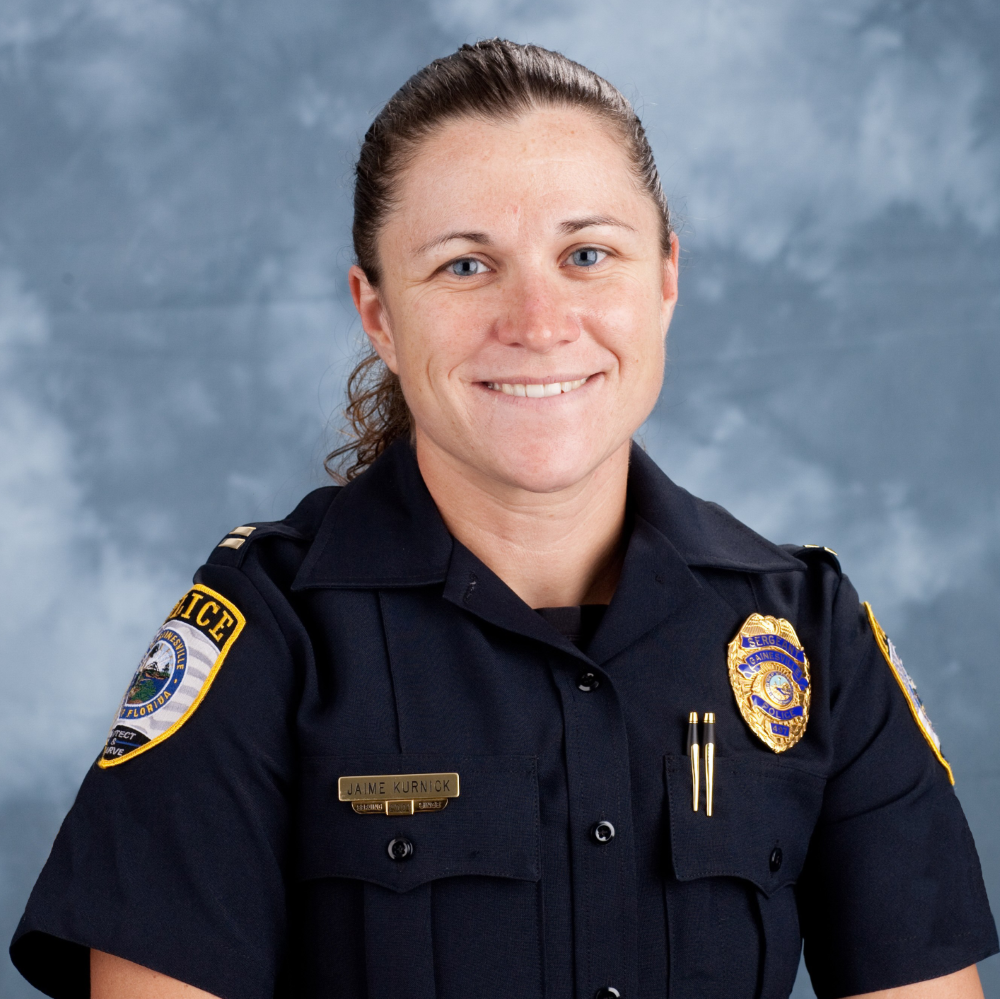 Centrally located in the heart of Downtown Gainesville, Bo Diddley Plaza has been a gathering place for decades. In 2015 the plaza underwent a year-long renovation that was led by the then-Gainesville Community Redevelopment Agency and involved multiple city partners.

Since reopening in March of 2016, programming and activities at the plaza are up and Bo Diddley Plaza has re-established its place as a gathering space for all ages.

Five years later, the data shows that the redesigned spaces have resulted in increased safety in the plaza. We spoke with Captain Jaime Kurnick of Gainesville Police Department, who shared her insight on the process of collaborating with the then Gainesville Community Redevelopment Agency.

How did the collaboration come about for GPD to be part of the Bo Diddley Plaza renovation?

With all new renovations and new building projects, GPD would like to recommend the implementation of CPTED into the design and construction projects. With the CRA being involved in the project, it was an easy collaboration to redesign the park to have more visitors and create another business. CPTED aims at increasing the use of the property for all the neighbors.  The CRA implemented the suggestions at the beginning of the project and they also hired an attendant of the park to be onsite to answer questions. The more activity you bring to a piece of property, the less likely crimes will occur.

What goal was GPD hoping to achieve as part of the CRA’s renovation project?

The goal of CPTED is to create an environment that is safe and welcoming for individuals.  This is accomplished through lighting, re-design, and cameras.

What do you believe were the most effective design decisions made that started to work towards the accomplishment of that goal?

The single most effective design criteria that helps is lighting, but the cameras also assist in the promotion of legitimate activity. It is not only the design that creates a safer park, the promotion of events and having an attendant also assisted in achieving our goal of reducing Calls for service at this property.

Were GPD’s goals met by collaborating with GCRA on the project?

GPD would not have been able to do anything without the support of the CRA. Their understanding and belief in the CPTED principles helped us achieve our goals on this property. We reduced calls for service by 83%. Crime was impacted by these principles being implemented.

How has GPD measured the success of the collaboration? 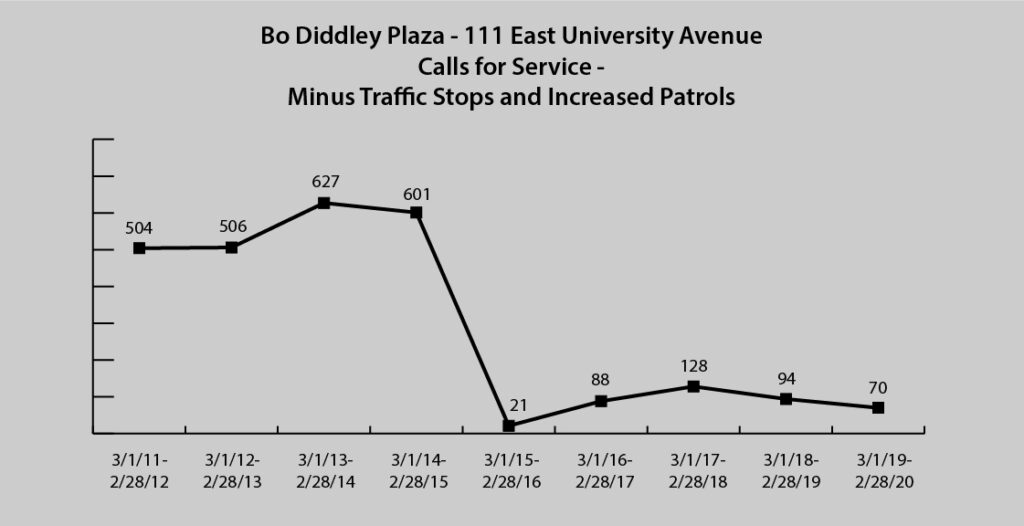 What ideas do you have on future partnering that would help us replicate what we were able to achieve at BDP?

We are willing to partner on any new projects. Our ultimate goal would be to get CPTED principles written into the building codes and make them a priority for all new construction in Gainesville. We are currently in the lighting code, but not in the building code.

In conclusion, collaboration and partnership are tools in the toolbox that can create real results.