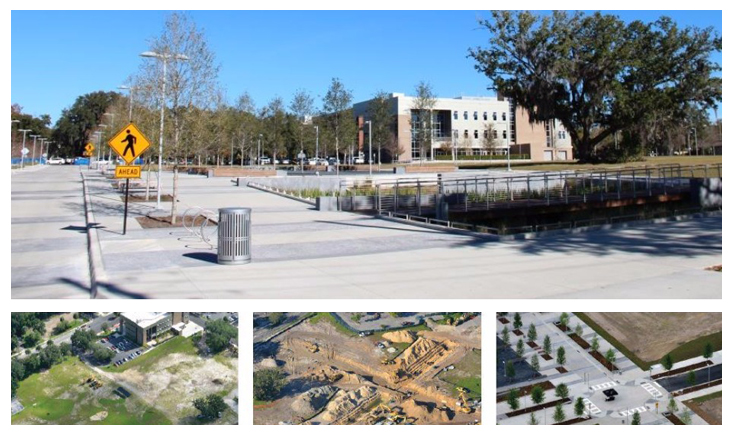 The vision for Innovation Square is to create a technology, science, research-oriented development in an effort to both retain and attract intellectual capital within our community with the broader goal of economic development and diversification of our economic base. The Gainesville Community Redevelopment Agency, in partnership with the University of Florida and City of Gainesville saw an opportunity to reclaim 16-acres of land located between Downtown and the University of Florida and transform it into the live, work, play environment for which companies are looking for today. The central role of the CRA is to make appropriate development as easy as possible to accomplish; removing roadblocks to doing the right thing.

The first step in the execution of Innovation Square was the rezoning of the area to the new UMU-2 zoning category. This new zoning designation defined development and density patterns within the area to support the vision. The simplified zoning was adopted in 2010.

In June 2012, the CRA began the design of two new roadways to bisect the former superblock into more walkable sizes and to plan for the construction of infrastructure within Innovation Square. The premise behind the roadway projects is to have the infrastructure pre-installed so that developers can just “plug and play” their buildings into the system. SW 9th Street is the signature corridor within the district and features cascading bioswales, a unique concrete roadway design, parks, and other environmentally sustainable features. SW 3rd Avenue is the service corridor for which back-of-house functions associated with building developments will occur. During the design of both roadways, careful attention was paid to the creation of a comfortable pedestrian and vehicular realm, while the entire infrastructure underneath the pavement will allow future developments to work.