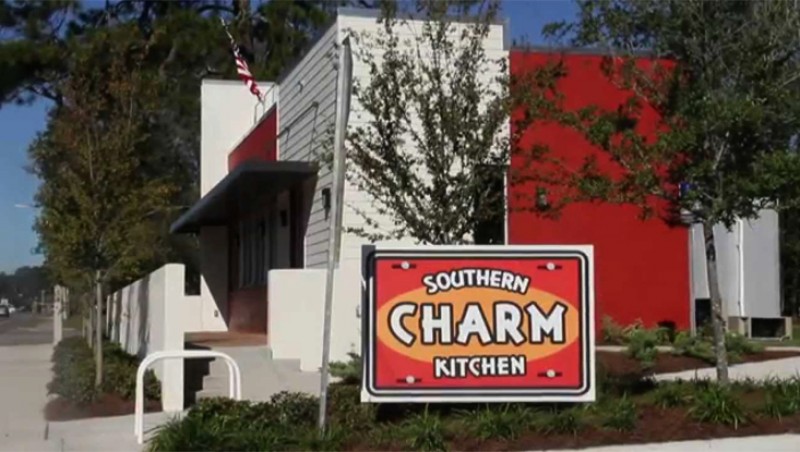 GAINESVILLE, Fla.– What do a contemporary Southern cuisine restaurant and a sidewalk project have in common? Both are local urban revitalization efforts that were recognized at the state and regional level this fall.

Southern Charm Kitchen earned a Judge’s Choice award from the Urban Land Institute’s North Central Florida District Council, a land use nonprofit organization that serves a 34-county district, in October. The Gainesville Community Redevelopment Agency (CRA) partnered with the founders of Jamaican eatery Reggae Shack to convert an old cinderblock building on Hawthorne Road into a popular restaurant that serves East Gainesville residents and attracts visitors from all over the region. The contemporary Southern restaurant created 20 new jobs, mostly drawing from local talent. “I did not realize how much of an impact [the restaurant] would have, but so many people have stopped me on the street to tell me thanks,” said Southern Charm Owner Omar Oselimo in an email. “It feels weird because I should be thanking them… people of all races, creeds and cultures, but I think it has been especially significant for the African American community where it seems to have morphed into a symbol of pride and inspiration.”The Gainesville CRA’s SW 5th Avenue sidewalk and Porters Community gateways project was honored with a state “Out-of-the-Box” award from the Florida Redevelopment Association, a statewide community revitalization nonprofit organization. Completed in August 2015, the 0.4-mile sidewalk provides a safe place for children to walk, connects Porters to Downtown & the Innovation District, and features LED-lit, 8-foot-tall monuments that communicate its history.This neighborhood amenity was especially desired by the community since the street borders a daycare, communitycenter and an organic community farm with active youth programs. More than just a sidewalk project, the SW 5th Avenue improvements also led to the fulltime employment of a Porters resident. Watch a short video about the project’s local impact here: https://goo.gl/nRnlJe“All of these projects were citizen-driven,” said Interim Gainesville CRA Director Sarah Vidal-Finn. “It’s been amazing to see them evolve into concrete realities. We couldn’t have completed any of these initiatives without the hardwork and dedication of many partners. These efforts are truly community successes.”It has been an award-winning year for the Gainesville CRA. The agency recently won an international economic development award for its annual report and five state-to-national level awards for its leadership in the Innovation Square development. There are 178 CRAs in the state of Florida, according to the FRA’s webpage. Contact Gainesville CRA Project Manager Nathalie McCrate at 352-393-8213 or mccratena@cityofgainesville.orgfor more information.